While we can’t promise you a light show like that below, the Mountain Country Christmas Lights is sure to light up your holiday spirit and bring a little glow here to our little corner of the mountains!

This is such a fun event! If you haven’t been, there are 2 weekends to choose from and enjoy everything! Come to see us if you are a local, but also if you are coming up to visit! We can’t wait!!

Sorghum is truly a versatile crop that can be grown as a grain, forage or sweet crop. Sorghum is one of the top five cereal crops in the world. The United States is the world’s largest producer of grain sorghum, having produced 480 million bushels in 2016.

Sorghum is among the most efficient crops in conversion of solar energy and use of water and is known as a high-energy, drought tolerant crop that is environmentally friendly. Due to sorghum’s wide uses and adaptation, “sorghum is one of the really indispensable crops” required for the survival of humankind.

Grain sorghum can take many shapes and sizes from a tight-headed, round panicle to an open, droopy panicle that can be short or tall. There are various types of sorghum including red, orange, bronze, tan, white, and black colored sorghum. Red, orange or bronze sorghum is traditionally grown and is used in all segments of the sorghum industry. Tan, cream and white colored sorghum varieties are typically made into flour for the food industry, while black and burgundy varieties contain beneficial antioxidant properties and are utilized in other food applications. Depending on which species and variety is selected, sorghum can be used for grazing pasture, hay production, silage and green-chop. Forage sorghum typically grows 8-15 feet tall and is most popular for use as silage for feeding livestock.

Sorghum is traditionally grown throughout the Sorghum Belt, which runs from South Dakota to Southern Texas, primarily on dryland acres. Acreage increases are seen in non-traditional areas like the Delta and Southeast regions. In 2017, sorghum was planted on 5.6 million acres and 364 million bushels were harvested. The top five sorghum-producing states in 2017 were: 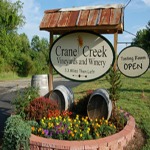 Get yourself into the spirit of the fall season by joining us on October 20th for our annual Harvest Festival! Come enjoy live music, local vendors, delicious home-made food, winery tours, hayrides, and, of course, wine!  Your $25 admission will include a stemless Harvest Festival wine glass, a tasting of 5 of our wines made right here at the vineyard, lunch, and all the fun fall festivities throughout the day!

Enjoy Fall – We  look forward to seeing you on October 20th! 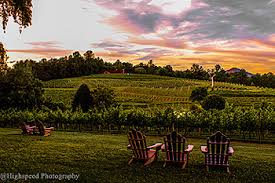 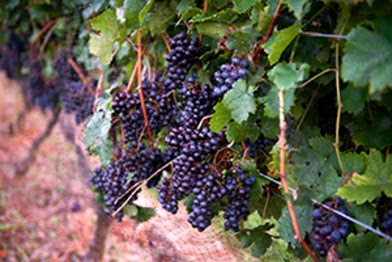